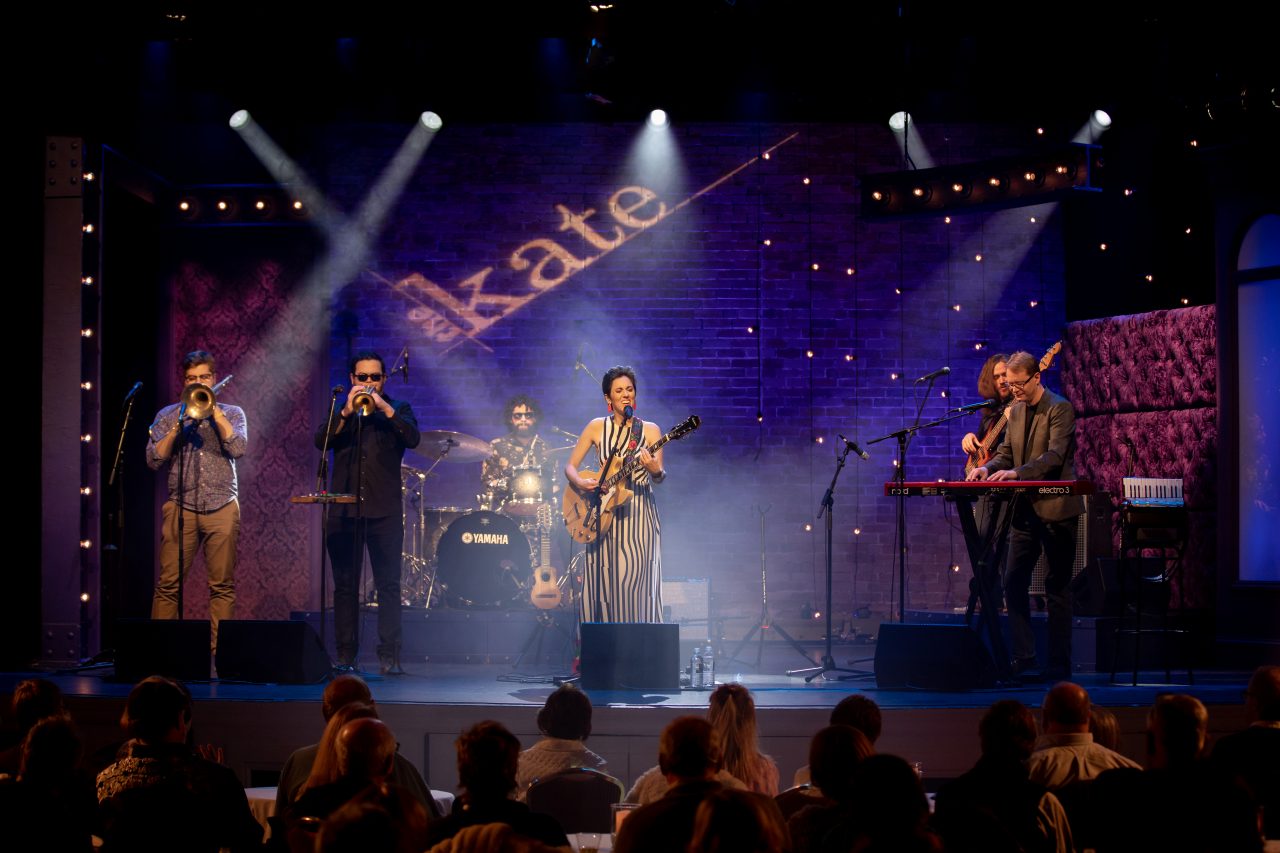 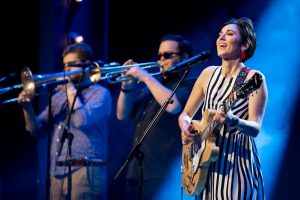 A multi-ethnic Latin pop songstress, Gina Chavez is a 10-time Austin Music Award winner. Her bilingual record, Up.Rooted, topped both the Amazon and Latin iTunes charts following a feature on NPR’s All Things Considered and has been hailed by The Boston Globe, USA Today, and Texas Monthly.

Her Tiny Desk Concert made NPR’s top 15 of 2015 and boasts over 600k views. Fresh off a 10-country tour as a cultural ambassador with the U.S. State Department, Chavez’s passionate collection of bilingual songs take audiences on a journey through the Americas, blending the sounds and rhythms of the region with passion and grace.

Her Spanish-language anthem, “Siete-D” (Grand Prize winner of the 2014 John Lennon Songwriting Contest) recounts her experience volunteering in a gang-dominated suburb of San Salvador where she is a co-founder of The Niñas Arriba College Fund for young Latinas.

Gina Chavez performs live on The Kate stage following the September ’18 release of her EP, Lightbeam.

“Steeped in slow-burn soul and uptempo R&B,” Lightbeam already has NPR under the spell and of a new sound that expands upon her passionate collection of bilingual songs that traverse cumbia, indie-folk, blues, and Latin pop.