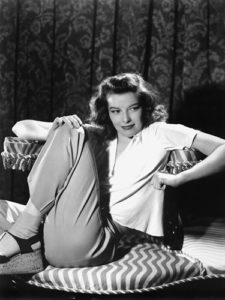 “If you obey all the rules, you miss all the fun.”

The Kate, is a national public television performance series featuring bold performers with something to say. Paying homage to the series muse and namesake, The Kate, evokes the high-spirited charisma and iconoclastic essence of Hepburn by featuring a dynamic lineup of artists. Selected under a hypothetical litmus test that asks “would Katharine Hepburn have found them audacious enough to invite them for a cocktail?”, The Kate presents artists with true cred who take to the stage with personal stories, hilarious moments, honest and creative expressions of art, and of course, impossibly good music.

Produced by CPTV (Connecticut Public Television), The Kate is filmed in front of a live audience at the exquisite Katharine Hepburn Cultural Arts Center, a historic, 250-seat theater, known as The Kate, in Old Saybrook, Connecticut.

The series is distributed nationally by American Public Television (APT).