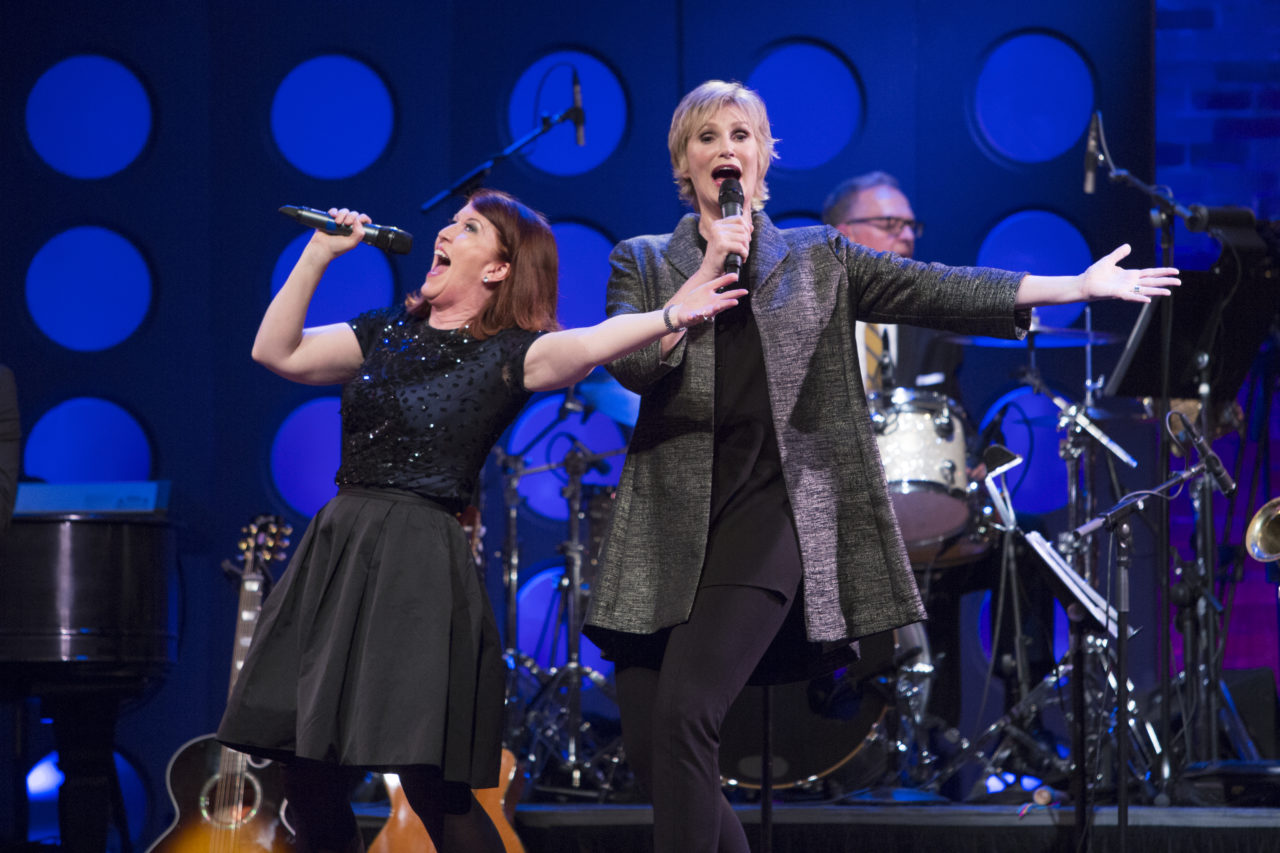 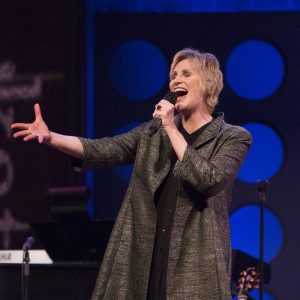 Jane Lynch may be most recognized for her role as villainous Sue Sylvester on Fox’s Glee or celebrated as television’s hilarious host on NBC’s Hollywood Game Night, but the depth of Jane Lynch’s talent and quirky personality shine brightly in her musical cabaret “See Jane Sing!”

Joined onstage by longtime friend Kate Flannery of The Office and Tim Davis, who arranged the music on Glee, Jane Lynch and company cover topics and tunes that range from; her infatuation with actress Rose Marie, epiphanies on relationships, a twisted look at songs from their childhood, and a satirical expression of Nicki Minaj’s “Anaconda.”