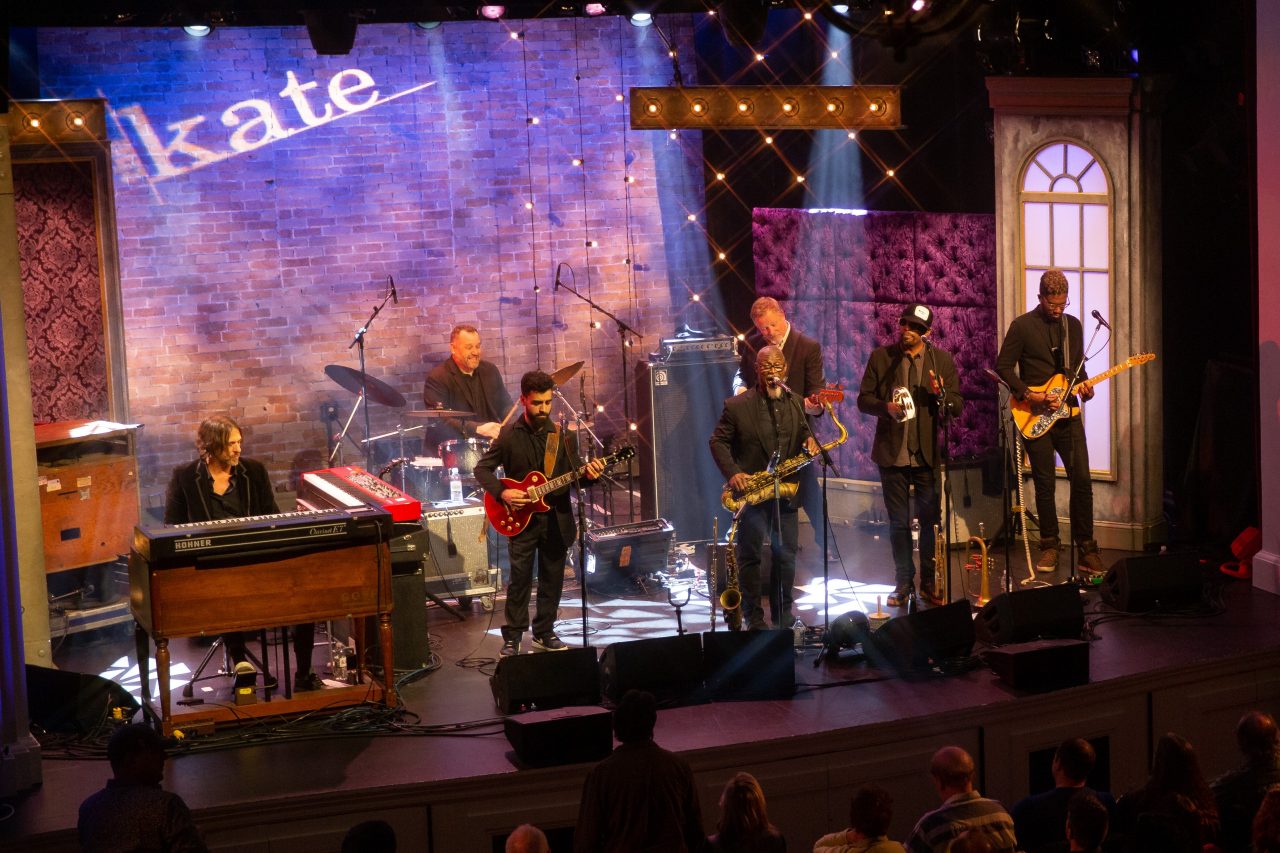 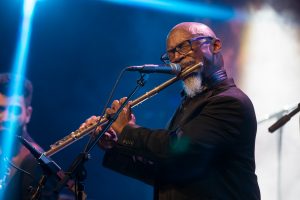 Singer and saxophonist Karl Denson fronts his band the Tiny Universe as if he’s preaching the gospel. Merging funk, soul, rock, jazz, blues and more, his energy and spirit are contagious while his songwriting serves a larger message of fellowship—across generations, genders, religions and cultures.

Highly regarded as one of the best live acts on the planet, KDTU distills the sweeping stylistic range of its concert performances into their own authentic sound featuring Denson and his long-standing seven-piece unit. Along with KDTU, Denson serves as the touring saxophonist with The Rolling Stones, while continuing to hold down his role as a founding member of the seminal funk band, The Greyboy Allstars.

In the rhythm section, the Tiny Universe features Greyboy bassist Chris Stillwell and former Greyboy drummer Zak Najor, as well as keyboardists David Veith. Alongside Denson on the frontline is trumpeter Chris Littlefield, and providing the lineup’s secret weapon of sorts is the twin-guitar attack of D.J. Williams, a tremendous funk player in both tone and technique, and Tiny Universe’s newest member, Ricky Giordano. With those two contrasting yet brilliantly complementary pickers in tow, Denson feels like he’s cracked the Tiny Universe’s code. “Now I can write funk and have a rock-n-roll edge,” he says. “It’s the perfect blend of elements.”

Not surprisingly, Denson is none too pleased with the current state of political discourse. Thus, the reason why KDTU’s most recent album, ‘Gnomes & Badgers’ (out now on Seven Spheres Records), is Denson’s hard-grooving answer to these tragically divisive times. To aid him in his mission, Denson tapped some of his legendary friends to guest on the album, including The Rolling Stones’ keyboardist and Allman Brothers Band alum Chuck Leavell, guitar-slinging singer-songwriter Lukas Nelson, New Orleans guitar hero Anders Osborne, Austin producer and guitarist Adrian Quesada and NOLA R&B royal Ivan Neville.