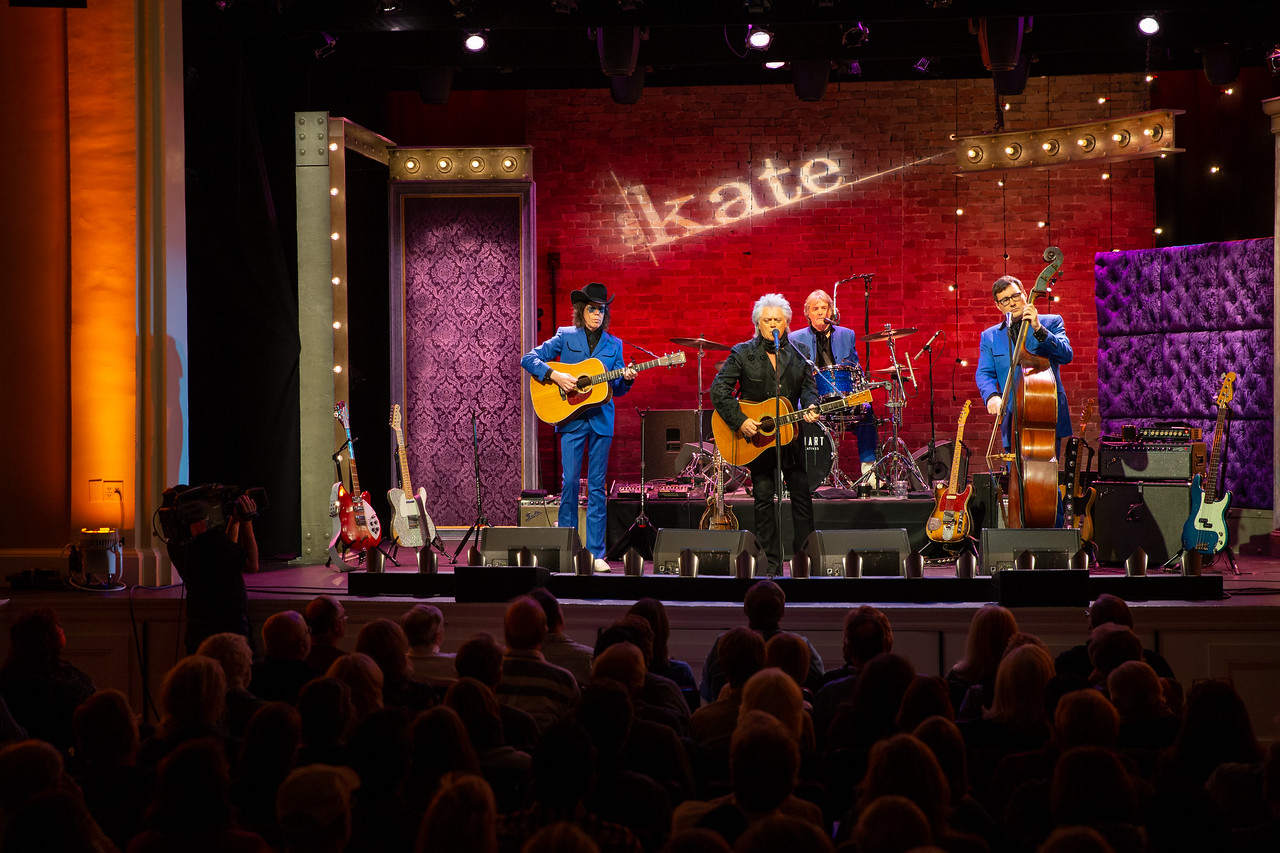 With legends like George Jones, Johnny Cash, and Merle Haggard all passed on, country music purists often echo the question Jones himself asked: “Who’s going to fill their shoes?” The answer, in part, is Marty Stuart.

The gospel-singing, bluegrass-playing, “Hillbilly Rock” making superstar, Marty Stuart, is a 5-time Grammy-Award winner and a platinum recording artist. Widely recognized as one of the most important roots musicians in America, Marty possesses a showman’s zest for every conceivable flavor of country music. Hits include “Tempted” and “This One’s Gonna Hurt You.” Marty and His Fabulous Superlatives consistently delight audiences across the country with sold-out shows year after year, including performances at The Grand Ole Opry and Madison Square Garden.

While he’s too gracious to admit it himself, the Lifetime Achievement (Americana Music Honors) Award-winning singer, songwriter, and musician is living, breathing country-music history. He’s played alongside the masters, from Cash to Lester Flatt, who discovered him; been a worldwide ambassador for Nashville, Bakersfield, and points in between; and safeguarded country music’s most valuable traditions and physical artifacts. Including its literal shoes: Stuart counts the brogan of Carter Family patriarch A.P. Carter and an assortment of Cash’s black boots among his vast collection of memorabilia.

But most importantly, Stuart continues to record and release keenly relevant music, records that honor country’s rich legacy while advancing it into the future. Way Out West, his 18th studio album, hits both of those marks. Produced by Mike Campbell (of Tom Petty and the Heartbreakers), the album is a cinematic tour-de-force, an exhilarating musical journey through the California desert that solidifies Stuart as a truly visionary artist.

When it comes to transforming country songs into tangible experience, Stuart has a secret weapon: the Fabulous Superlatives. Made up of guitarist Kenny Vaughan, drummer Harry Stinson, and new member, bassist Chris Scruggs, the Superlatives are an extension of Stuart himself. “The Superlatives are missionaries, they’re fighting partners. They’re my Buckaroos, my Tennessee Three, my Strangers. They’re my legacy band and have been since Day One,” says Stuart.

As Stuart himself will tell you, he often ventures off the reservation — in a way, his entire career has been “way out west.” While other artists chased popular trends in the name of radio play, he formed complete bodies of work, not unlike the greats he idolized. Way Out West is just the latest embodiment of that creative mission.

“I would play this record for Hank Williams, Merle Haggard or Ernest Hemingway and never bat an eye,” says Stuart. “There’s something in there that would entertain each of them.”