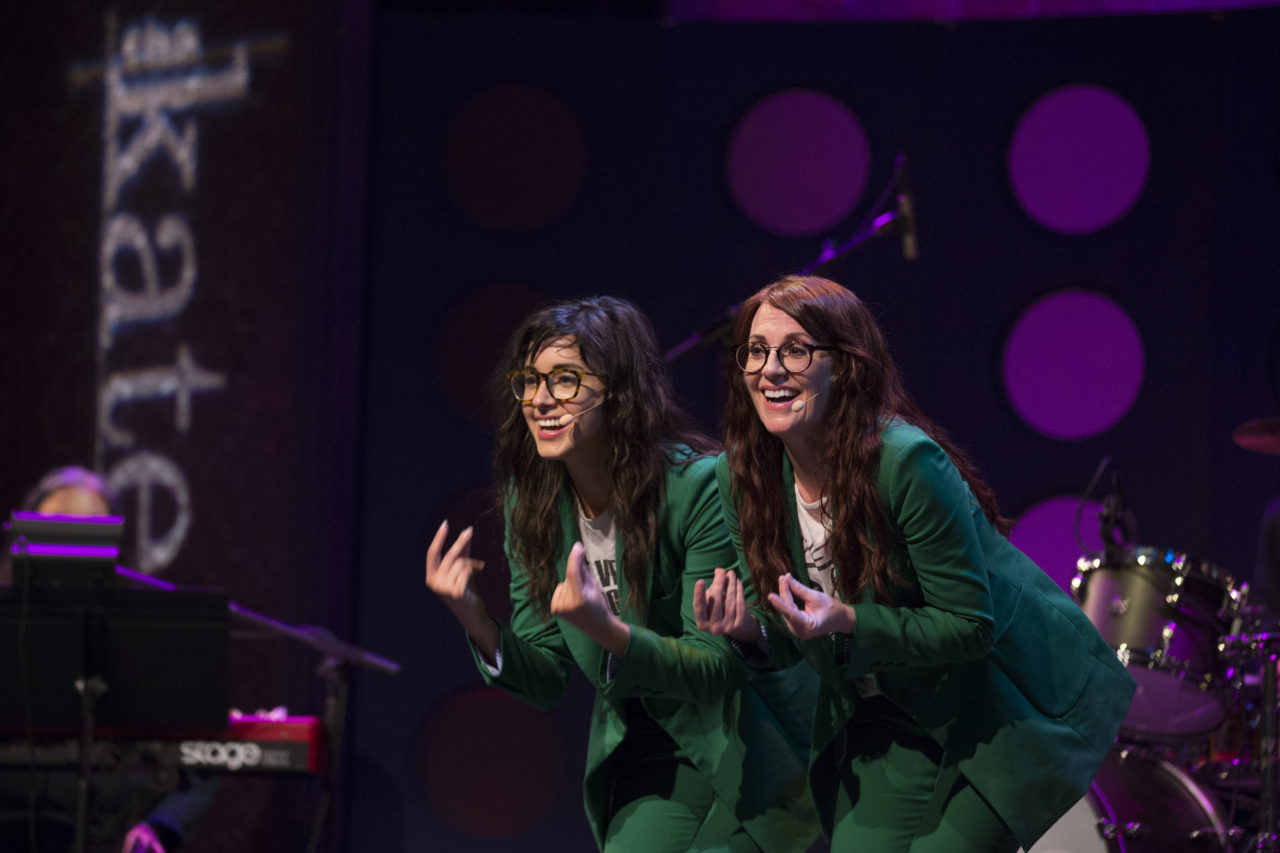 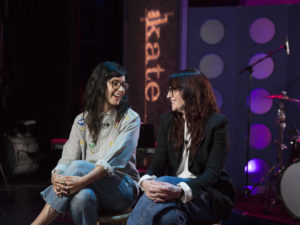 Nancy And Beth (the hilarious Megan Mullally and Stephanie Hunt) is a self-described punk vaudeville band, performing fully choreographed songs off of their self-titled debut album (April 2017).  Mullally, who plays “Karen Walker” on “Will and Grace”, and Hunt,  who plays bassist “Devin Boland” on “Friday Night Lights”, met on the set of an indie movie in 2012. Their love of haiku and deconstructing old standards with weird humor was the birth of Nancy And Beth.  While as a band they take music very seriously, the comic sensibility of Mullally and Hunt are what creates the vaudevillian musical journey. Performing contemporary numbers including Rufus Wainwright’s “Vibrate” and Gucci Mane’s “I Don’t Love Her” alongside classics like Louis Jordan’s “Jack, You’re Dead,” and George Jones’ “He Stopped Loving Her Today” is what makes the composition of Nancy And Beth so fun.  The LA Times wrote, “Nancy And Beth is as sharp as any revivalist act going today (though likely much, much daffier) ….Everything is performed so perfectly (and even sometimes movingly), that their comic sensibility subverts the whole act into something weirder.”