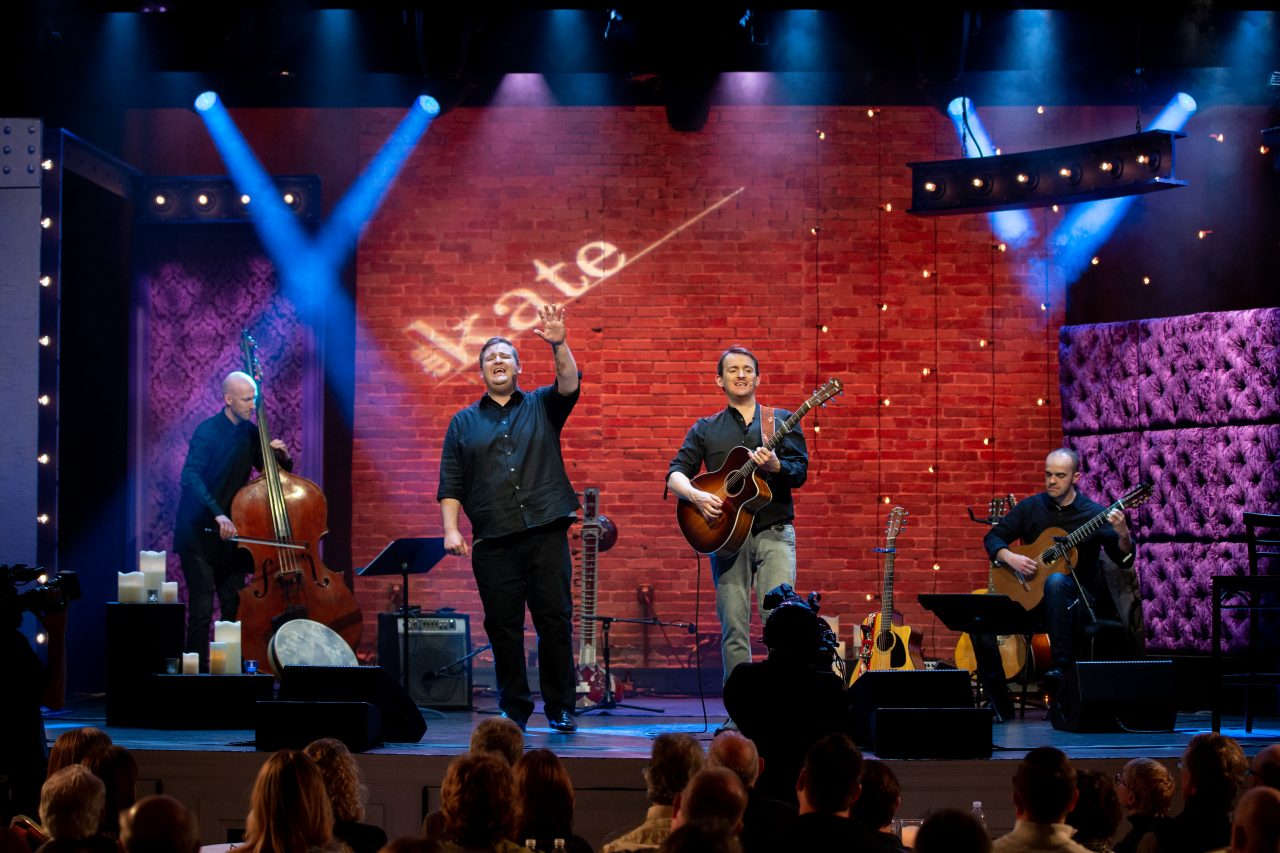 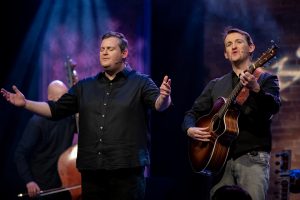 Owen and Mícheál ‘Moley’ Ó Súilleabháin are two brothers from one of Ireland’s most esteemed musical and artistic families. Singers, storytellers, poets; their beautiful harmonies, stories of life experience, mixed with a wild sense of humor, make you feel at ease, in awe and entirely entertained.

The brothers have recorded and performed around the world with their mother, singer and theologian Rev. Nóirín Ní Riain Ph.D., in a trio called AMEN. Their late father Michael Ó Súilleabháin, renowned musicologist, composer and pianist, brought traditional Irish music and culture to the world stage and founded the Irish World Academy of Music and Dance at the University of Limerick, an internationally recognized center of excellence in the arts.  The lads proudly continue their parents’ legacy – bringing authentic Irish culture to audiences the world over.

Owen and Moley’s talents have caught the attention of some of the greats in world of performance and the arts. They count luminaries such as Steven Spielberg, Russell Crowe, poet laureate Billy Collins and violinist Nigel Kennedy as their fans, and have shared the stage with The Chieftains, Hugh Jackman, Bobby McFerrin, Sinead O’Connor, Riverdance composer Bill Whelan, and Alan Doyle (Great Big Sea).

Go to APTonline.org and enter your zip code under “TV Listings” to find your local public television airtimes or stream here beginning Friday, May 17th, at 10pm.

“I am a huge fan of Owen & Mícheál. From the unique mastery of their harmonies to the streetwise intellect of their humor. Unique, unadorned, awesome.”– Russell Crowe