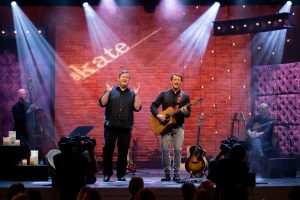 Owen and Mícheál ‘Moley’ Ó Súilleabháin make their American public television debut THIS WEEK with their episode on Season 4 of THE KATE!  Irish brothers and witty musical masters showcase their knowledge and affinity for genres spanning the globe; from traditional Irish folk songs to originals that include rap and beatboxing, and from sacred ancient hymns to covers of modern medleys by Van Morrisson and Morisey. Owen and Moley have something in their repertoire for everyone!

Go to APTonline.org and enter your zip code under “TV Listings” to find your local public television airtimes or stream HERE beginning on Friday, May 17th, at 10pm!